In 2001 the AIbert Einstein Hospital in Sao Paulo, Brazil required energy quality improvements to protect sensitive hospital equipment from voltage flickering, voltage dips, and to provide harmonic filtration. Because of the energy issues surrounding reactive power, the hospital incurred high energy bills. The hospital chose to install Elspec’s transient-free Activar systems as their solution.
Reactive power can occupy large ”spaces” in the electrical system. Thus, reducing the presence of active energy. When active energy is reduced, the amount of work that the load is capable of producing is reduced. Furthermore, the excess reactive energy present in the system is charged to the hospital by the utility company at the end of the month in the electricity bill.

Reactive power can be compensated with the installation of a capacitor bank next to the electrical equipment. Thus, the movement of energy is limited to the equipment in use and, as a result, the cost of energy power decreases to consumer.
The Elspec Activar system is specifically designed to compensate for dynamic loads with high reactive power consumption such as seen at this facility. The Activar uses SCR-SCR (silicon-controlled rectifier) electronic switches and sophisticated control algorithms that consider true power factor (PF) and all harmonics up to and including the 63rd harmonic order.
In the first stage of the project, four 300 kVAr systems were installed. Once operable, the systems immediately stabilized the energy supplied and reduced the hospital’s energy costs. In the second stage of the project, the system was expanded with three more Activar systems installed in the central hospital in the district of Morumbi, and five systems installed in the remote clinics of the Hospital.
A detailed study based on measurements in transformers and panel entry was headed by the Director of Engineering, Works and Maintenance, Antonio Carlos Cascao.
”Our monthly energy costs were reduced by R $30 mil with the placement of equipment for the compensation of reactive power, ”said the Project Supervisor of the hospital, Alexandre Arantes. ”We invested about R s 350 thousand, an investment that with our energy savings was paid for in a year.”
In addition to cost reduction, the installation of the Activar compensation systems provided numerous other benefits. ”There was a major improvement in the quality of energy supplied to electro-medical equipment which allowed for the simultaneous function of elevators while generators were in operation, thus eliminating a significant inconvenience to users. Elspec’s equipment provided an instantaneous reactive power free of transients and harmonics. Moreover, the operational reliability of the Activar system is high, providing long life capacitors” says Alexandre Arantes.“ Figure 1 below demonstrates the Activars compensation during facility’s system startup, with a significant improvement in the power factor, voltage stability and a considerable reduction in the reactive power. 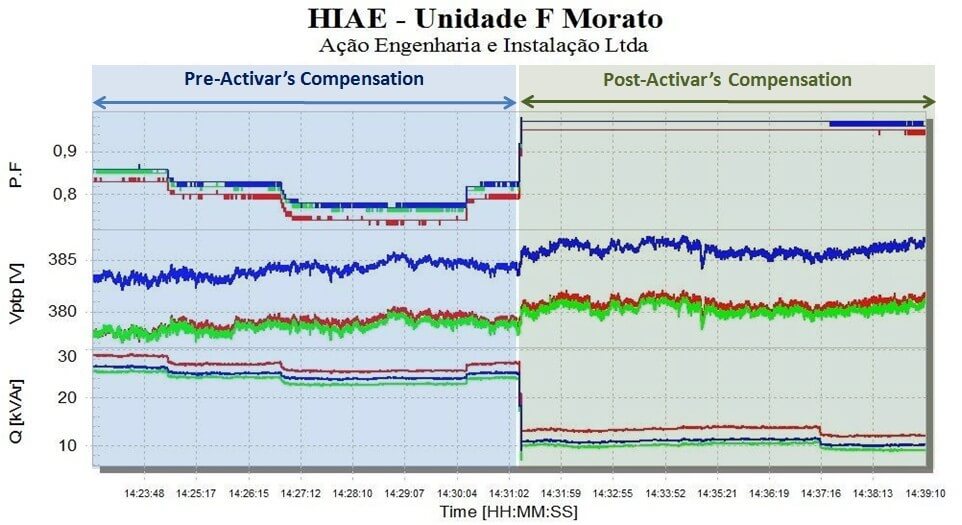 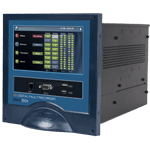 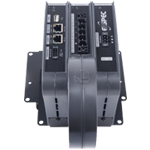 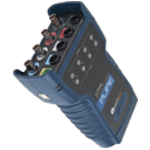 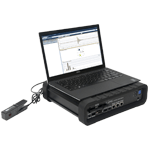 Power Quality Analysis of Unpredictable Events Transient and short duration variation cannot be measured in a traditional continuous manner as they occur only momentary during long period of time. [...]

Power Quality Analysis of Long Term Events Using a Continuous Power Quality Recorder There are cases in which the consequences of the events should be traced or followed up [...]

Advantage of Using Power Quality Recorder with Continuous Waveform Recording Introduction This page describes the advantages of continuous waveform recording over other [...]